Understand British Democracy in 8 online lessons for only £17 per month.

8 LESSONS
Learn how our Government and Parliament works, how bills become laws and how to critically analyse information in this explosive, entertaining and informative programme that will ensure you become Politically Literate by the end of it!

100% EXCLUSIVE
Enrol today to get access to video and cartoon lessons, exclusive materials and access to the only Network focused on Political Literacy. Learn and engage at your own pace on mobile and desktop.

ONLINE
Get the best of both worlds! With a fully online accessible programme on mobile or desktop, while activities are marked by fully trained facilitators, giving you feedback in real-time. 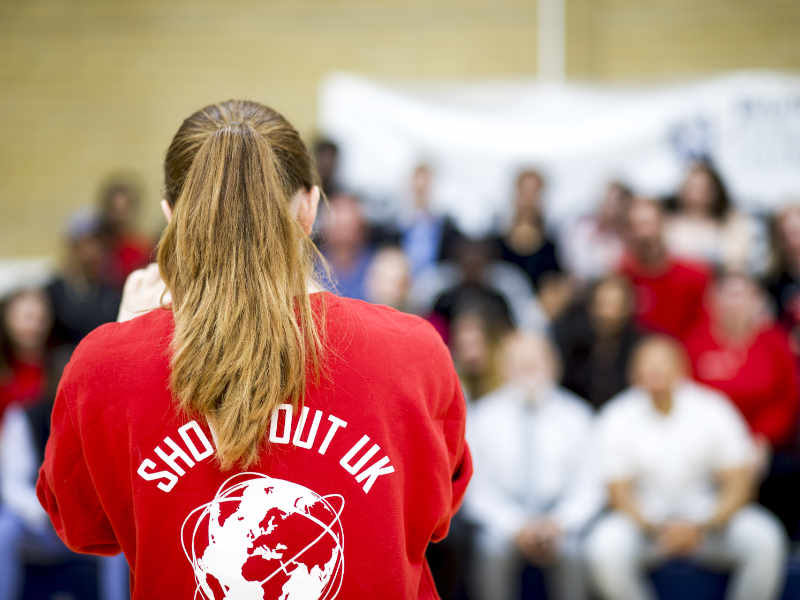 “People have important, inspiring contributions to make to politics and yet their voices are too often ignored. This course can help equip them with the tools to challenge decision makers better.”
– Fatima Manji
Journalist, Channel 4 News

Shannon Rawlins
13:04 28 Sep 18
I have just completed a week's work experience at Shout Out UK and I can honestly say it has been hugely enjoyable. All the team are super friendly and welcoming and I now have some solid journalism experience under my belt - the tasks I did included writing articles, researching pressure groups and proof-reading.I am also a regular writer for Shout Out UK. I think joining SOUK as journalist is a great way of getting your foot in the door and it is also a fantastic opportunity to voice your views and engage in political debate as a young person.

Fariha Z
11:03 08 Aug 18
Currently doing work experience with Shout Out UK and I encourage more young people to be reading their articles, which has a great blend between providing the relevant information, as well as understanding their audience. The emphasis on young people is a refreshing perspective on current affairs, and allows them to get involved, and so Shout Out UK do stay true to their words when they say they're "opening the minds of a voiceless generation".

Alex Tribick
15:03 12 Jul 17
I have worked with Matteo and his team for Corporate Videos and they have fulfilled their brief cost effectively, professionally, and with the minimum of fuss. I would not hesitate to recommend their services!

kat fairhurst
16:25 12 Aug 16
Shout out uk is a interesting way to be informed on a range of topics and opinions. The articles within are informative and range from issues of politics, to movies, to goings on in the world to music and poetry. It manages to be informative on a range of subjects without taking sides, allowing for articles of all ideas and options, allowing for the news to be told in an all encompassing way. I rate it 5 stars and use it everyday for my news
See all reviewsWrite a review 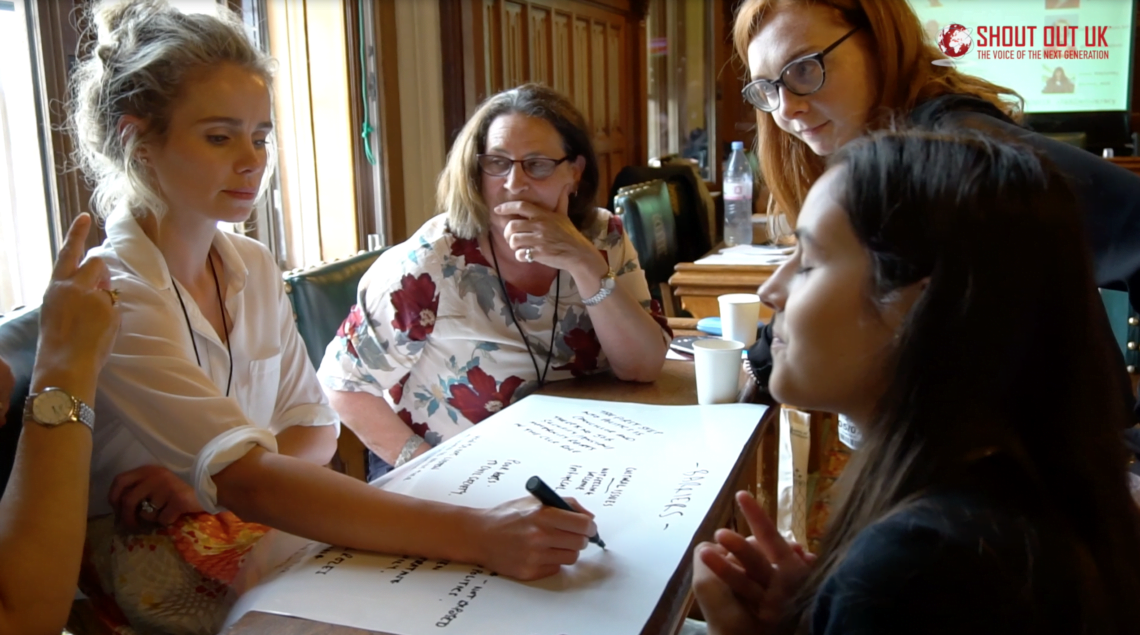 “Understanding politics is part of being an active and engaged citizen – a civic responsibility – and this course will give you the tools necessary to understand and engage in politics.”
– Prof. Matthew Flinders,
Sir Bernard Crick Centre for the Public Understanding of Politics

Tammy Hervey
09:11 11 Mar 20
We - the Health Governance after Brexit team - have worked closely with Shout Out UK over a long period of time. Yesterday, we launched the documentary 'Brexit, Health & Me'. I am delighted with this film. It showcases our academic research, but in a way that's accessible to youth and other audiences. And it gives voices to the different views that we've heard in our street conversations and with health policy experts. At that same time as acknowledging expert views, and the consequences of Brexit for health (spoiler, it's not good), it also shows our understanding of how facts and feelings interact in contemporary politics. The team are fantastic to work with - they are great teachers and educators themselves, and I learned a lot from them in the process. If you are in a school, or youth club, or any other organisation, get in touch with Matteo Bergamini if you'd like to show the film.

Alix Staines
11:26 03 Feb 17
Great platform for the up and coming generation to voice their independent opinions to a vast audience, lots of opportunities available to corresponders interested in a career in journalism �

Christopher Sharp
16:58 17 Jan 17
No better place for young journalists to start out their career and cut their teeth in politically tenacious journalism that isn't afraid to stand up for this generation.

Julien Bernard Grau
10:28 13 Nov 16
Top organization. Bringing political knowledge and information to where it is most needed.

John Moran
09:50 09 Dec 19
It all seems more than a little naive and transient in its opinions. It is profoundly sad and concerning that there is so much organised lack of understanding in modern British politics as evidenced by the existence of groups like this.

Pancho Chiekrie
18:54 05 Jun 19
"The real reason Oxbridge accepts so few black students" by Shannon Rawlings is a joke of an article. To say institutional racism isn't an important component to why there are so few BAME students at Oxbridge is laughable at best. One of the most famous scholarships at oxford is named after a devout racist and murderer. The article was the first result when I googled Black Oxford student. That is not right. It's a differnt country for black people, in particular for black men. Those inequalities are in criminal justice,mental health,education,employment... etc. They affect who you are when you go though such experiences and in society that can be part of your story. To say all of that is non-existant in the mind of an Oxbridge interviewer and can't influence that persons perceptions about someone goes just about against every occurrence of being a person of colour there is whether it's my own or those that have been related to me. I think perhaps my biggest objection to the article is that it tells me more about the writer than it does inform me about the black experience at Oxbridge. I can feel that uneasy feeling she has when pondering this question and how she tries to quell it by concentrating on selective parts of the puzzle while gaslighting other components so she breath a little more easierly when contemplating the world she inhabits. That uneasy feeling about this subject that a black person experiences is differnt and I suspect cannot be so easily quenced by the same logic. The inability to understand or feel what another person is experiencing within their frame of reference of this article just about destroyed me.
See all reviewsWrite a review
powered by Facebook 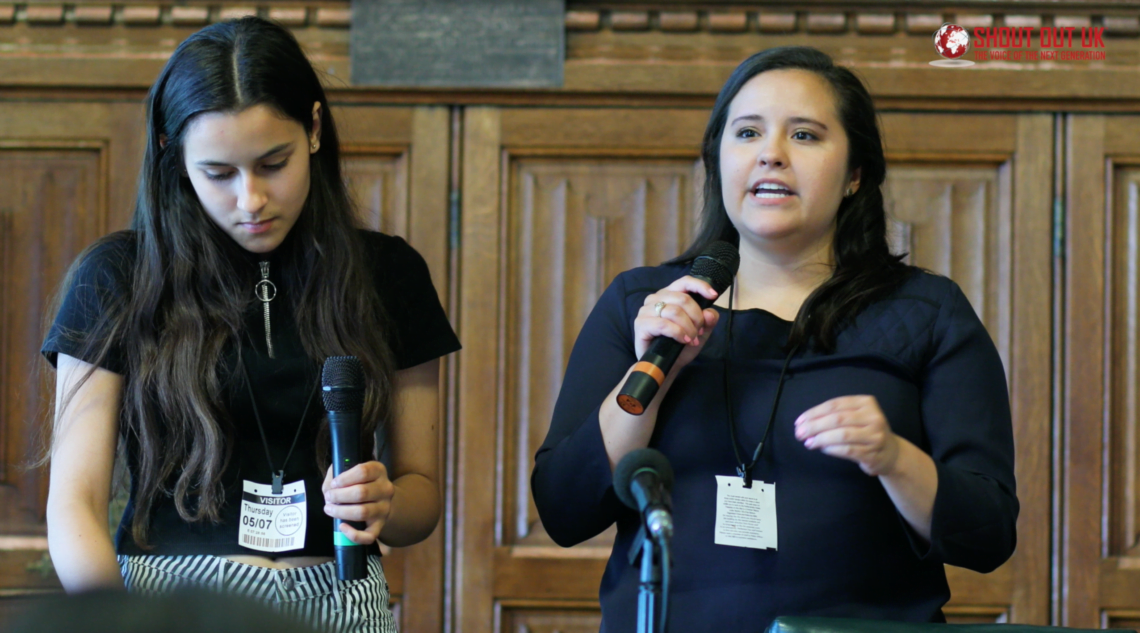 The British political system is a confusing mesh of modern and traditional elements. In this lesson you will learn all about how British political institutions are structured, where power lies, and how we are governed.

When you vote, how is it counted? Does one vote mean the same everywhere? What is the difference between a general election and a local election? Learn everything there is to know about voting and elections in Britain. Remember, to vote is to have your voice heard!

Our politicians run the country. That is a fact. However, our MPs are in place because WE voted them in. So, learn all about how we, the people, can keep up to date with how our country is governed and the laws that are created.

Right-wing vs Left-wing. Authoritarian vs Libertarian. Conservative vs Labour. In politics there are always opposing sides – that is how everyone’s opinions are heard. Learn all about the differences between ideologies and where the main political parties in Britain stand.

With the explosion of digital technology and the birth of social media, mainstream media has transformed. Anyone can now share and create articles for the whole world to read- for free. This comes with its own problems. In this lesson learn to identify and manage fake news, deep fakes, misinformation, bias and disinformation campaigns.

The Human Rights Act brings the ECHR into British Law, meaning that judicial decisions on human rights cases can be reached within the domestic legal system. However, successive governments have started to discuss repealing the HRA and replacing it with a British Bill of Rights. In this lesson learn about the two sides of the argument and how our law on human rights might change.

Campaigning and activism is how you attempt to make a sustained change. This can be a huge political change or a small local change. In this lesson, we are going to run through the different ways you can campaign, lobby and create change!

The word public speaking sends a shiver of dread through a lot of people. However, in this lesson, we want to change that. Learn clear and easy techniques that will help you in your presentation and public speaking skills. Master the skill of confidence and allow your voice to be heard!

The World Is Shaped By Those Who Understand Politics.
Take Ownership Of Your Collective Destiny and Become Politically Literate. 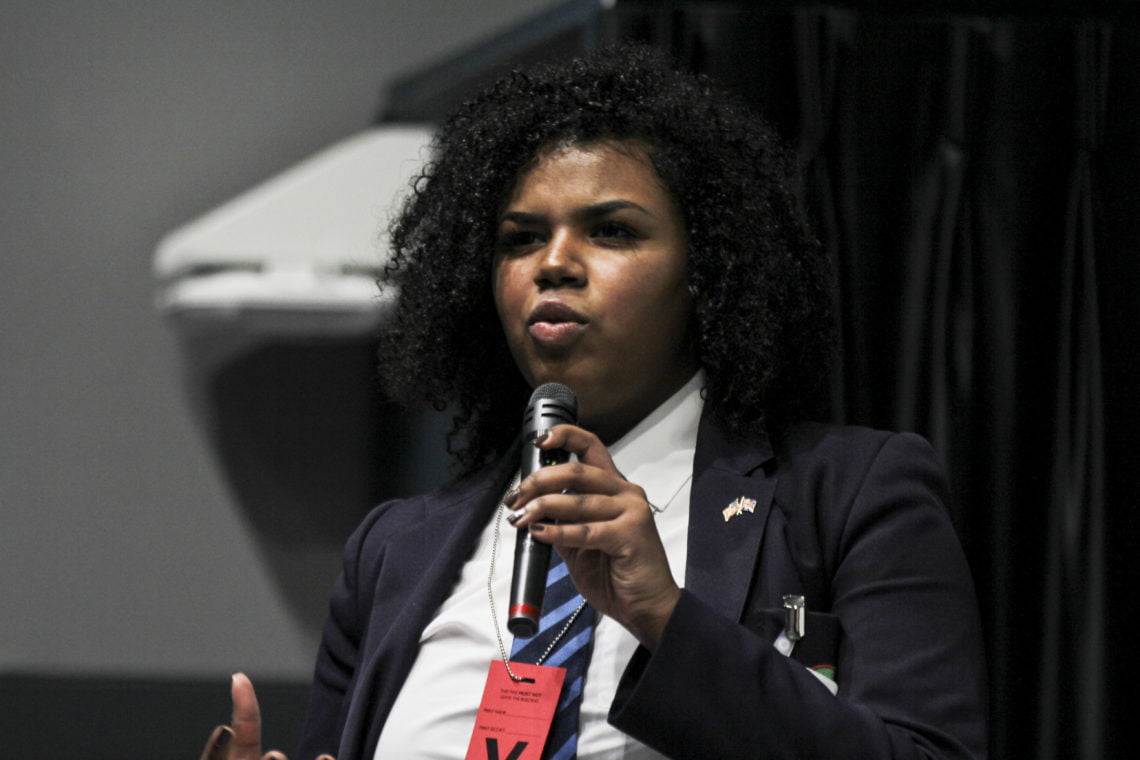 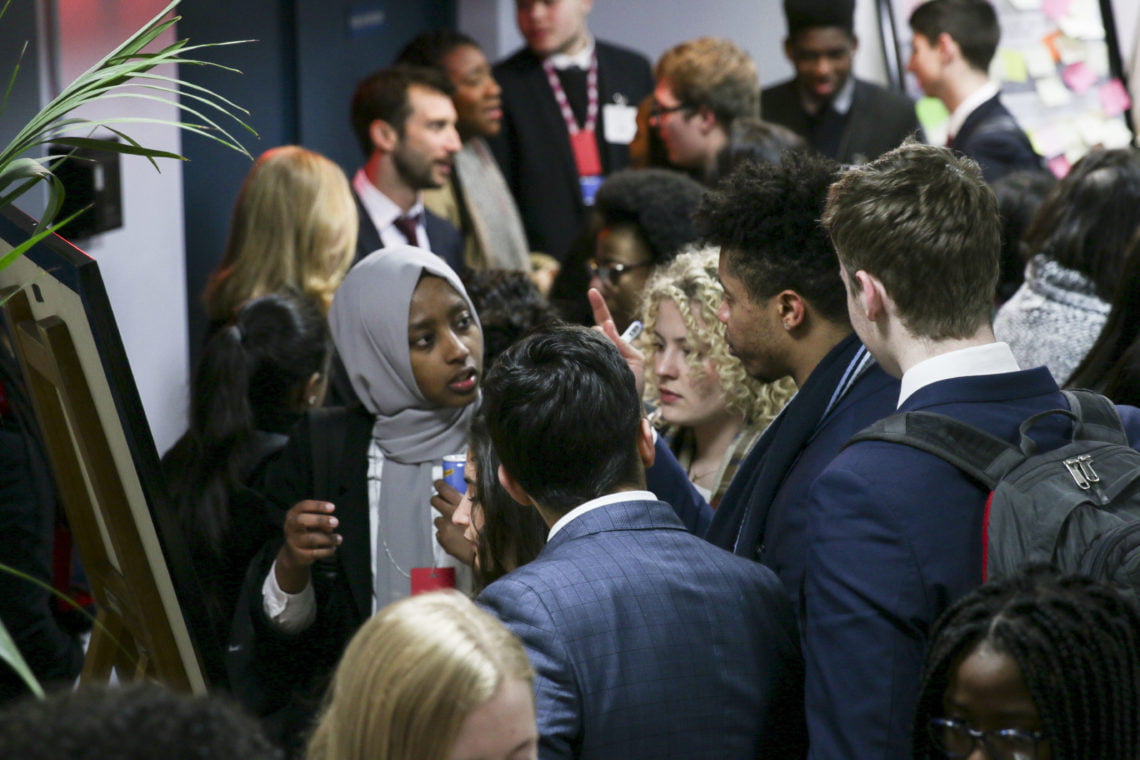 Join The Network And Begin Influencing Your Politics!

Forget the ignorance of the social media bubble. Chat and debate with other Network members about politics from across the spectrum. Debate and discuss with a variety of politically literate people from all walks of life!

Join an existing Political Union or start your own! The platform allows you organise online and offline, link up with other like-minded individuals and take local decision making in your own hands! Plan small local gatherings, events and fundraising activities with the other members of your Political Union.

Many employers place a premium value on public speaking skills. The ability to easily communicate your ideas in a professional context is important for most jobs. Practice public speaking and debating at offline Network events! Gain a vital, but rarely taught skill!

Gain access to events in Parliament, hackathons and workshops on a variety of issues around Human Rights, Media Literacy, Political Literacy and much more!

Gain even more insights via additional Webinars, exclusive to Network members! Talk to professionals and experts in politics, media literacy and campaigning. Get tips and tricks from people who have done it before!

Emotional resilience refers to one’s ability to adapt to stressful situations or crises. Debate with those who disagree with you and develop your emotional awareness, perseverance in working towards a goal (personal or professional) and the ability to look at topics and situations through a different perspective!

8 LESSONS
Learn how our Government and Parliament work, how bills become laws and how to critically analyse information in this explosive, entertaining and informative programme that will ensure you become Politically Literate by the end of it!

100% EXCLUSIVE
Enrol today to get access to video and cartoon lessons, exclusive materials and access to the only Network focused on Political Literacy. Learn and engage at your own pace on mobile and desktop.

FULLY ONLINE
Get the best of both worlds! With a fully online accessible programme on mobile or desktop, while activities are marked by fully trained facilitators, giving you feedback in real-time.